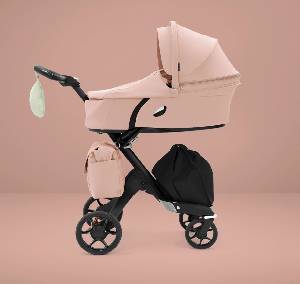 NUNA MIXX VS. UPPABABY CRUZ – WHICH IS BETTER?

Nuna mixx vs UPPAbaby Cruz  are one of the most famous strollers that are high end. Below is a comparison between Nuna mixx vs UPPAbaby cruz, where we’ll take a deeper look at their similarities and differences. Here we would also check their benefits and drawbacks so that you can easily decide which one would suit your lifestyle better. Keep on reading to find out more about nuna vs uppababy.

Let’s begin comparing both nuna stroller vs uppababy by learning what is included with each stroller. After that, we will read about the strollers’ features and see which one performs the best. 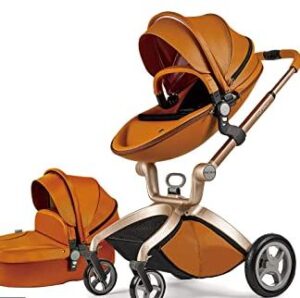 WHAT IS INCLUDED IN THE STROLLERS?

Both the strollers are pretty expensive so people would obviously expect them to have at least some of the accessories included in the overall package.

However, you are required to get all the other accessories like child trays separately.

All the new upgrades made for the uppababy cruz stroller, caused its price to increase in comparison with older versions. Whereas, Nuna mixx is more expensive than uppababy strollers. So, it is recommended to get the uppababy stroller as you would also get a cup holder for free.

Today, you can purchase separate bassinets for different strollers. But, it is al ays great to add bassinets from the beginning to ensure long walks.

However, the nuna mixx stroller is highly recommended as we can use a bassinet stand with a toddler seat like a portable chair.

Both of these strollers have 4 seating configurations each. However, in a uppababy Cruz, you can attach a glider board whereas, in a nuna mixx stroller, you cannot.

So, it is clear that uppababy Cruz is better than nuna mixx as it is compatible for your second child too.

Both the strollers have canopies which provide protection from the sun. The uppababy Cruz has a peek-a-boo window type which is made of mesh for air passage. The nuna mix has a window zipper. However, parents complain a lot about nuna mixx’s stability. So, uppababy Cruz stroller is the winner here.

The handlebar is almost the same for both the strollers. However, their heights are different. The uppababy Cruz stroller is better and can be used by taller parents efficiently.

Both of these strollers are very easy to fold. But, the appliances work very differently. You can pull the nuna mixx stroller like a trolley unlike uppababy Cruz. Hence, nuna mixx is a clear winner. 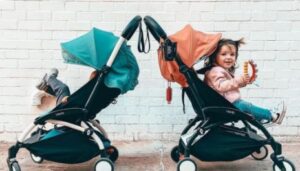 Remember that uppababy Cruz would be a great choice for you as it is highly foldable and is great for infants. Choosing the right stroller fir their baby is very important as with the right stroller the baby can feel right at place and would be always happy and cheerful.

We use cookies on our website to give you the most relevant experience by remembering your preferences and repeat visits. By clicking “Accept”, you consent to the use of ALL the cookies.
Do not sell my personal information.
Cookie SettingsACCEPT
Manage consent

This website uses cookies to improve your experience while you navigate through the website. Out of these, the cookies that are categorized as necessary are stored on your browser as they are essential for the working of basic functionalities of the website. We also use third-party cookies that help us analyze and understand how you use this website. These cookies will be stored in your browser only with your consent. You also have the option to opt-out of these cookies. But opting out of some of these cookies may affect your browsing experience.
Necessary Always Enabled
Necessary cookies are absolutely essential for the website to function properly. These cookies ensure basic functionalities and security features of the website, anonymously.
Functional
Functional cookies help to perform certain functionalities like sharing the content of the website on social media platforms, collect feedbacks, and other third-party features.
Performance
Performance cookies are used to understand and analyze the key performance indexes of the website which helps in delivering a better user experience for the visitors.
Analytics
Analytical cookies are used to understand how visitors interact with the website. These cookies help provide information on metrics the number of visitors, bounce rate, traffic source, etc.
Advertisement
Advertisement cookies are used to provide visitors with relevant ads and marketing campaigns. These cookies track visitors across websites and collect information to provide customized ads.
Others
Other uncategorized cookies are those that are being analyzed and have not been classified into a category as yet.
SAVE & ACCEPT